Long day on campus... winding down at the Congress Ave bridge waiting for "die fledermaus" flight 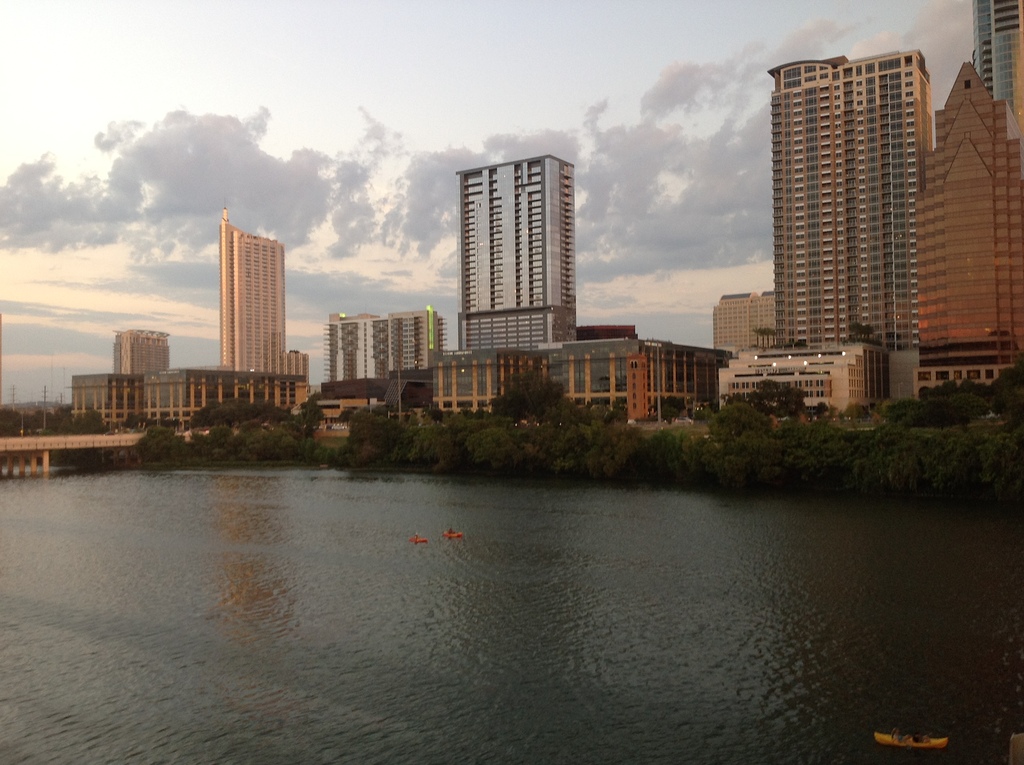 After finishing up 2 days of class presentations, student meetings, and other recruiting efforts at the Austin campus, I celebrated the coming weekend at the Congress Avenue Bridge with hundreds of other Texans and tourist to wait for one of the most impressive bat flights in the country. The Congress Avenue bridge is home to a colony of some 1.5 million Mexican Free- tail Bats. Its one of the largest colonies in the US. I saw a bat flight here in late September 2 years ago... and it was amazing. Even more amazing is the fact that this stretch of road experiences heavy traffic on a regular basis, which doesn't seem to deter the bats from annually migrating here during the summer months.

So being that I was back in hill country Texas, I couldn't think of a better way to  unwind then to catch the eight o'clockish bat show.

Unfortunately the bats had other plans and very few bats actually emerged. Though we could hear (and it must also be noted smell them), majority of them remained perched under the bridge.  Next time I'm in Austin I am renting a kayak and I'll watch the show from under the bridge.... at my own peril... i know.

Good thing you aren't afraid of bats! That show would have been awesome!